Some of you out there are keen observers of the planets. You know that mercury is retrograde and are acting accordingly. Many of you are cautious. Some out there tell you not to start new projects, and not to expect results [not what I would say, necessarily].

If Mercury retrograde is reason to pause, then what do you think about three major planets in reverse? Mars and Saturn have been retracing their steps for a while now. Mercury just joined them.

Retrograde periods have purpose – significant purpose. There are times when we need to reflect, when we need to revisit the past so that we can make appropriate changes. Sometimes it’s simply learning from our mistakes.

But there are other reasons too. For example, the day mercury turned, I found myself editing work from six years ago! I didn’t plan for this, it just happened. And the results were amazing! For the first time in years, I’m happy with those chapters.

In general, I’ve been more focused on Mars than Mercury this year. Mars retrograde started on January 23, 2012 at 23° Virgo and I felt it. It will continue backward through April 13 and reach 3° Virgo. However, once it turns around, it will race through all of Virgo by July 2. It first entered Virgo on November 8, 2011, so Mars spent nearly 8 months in Virgo, but will spend less than 2 months in Libra.

In retrograde periods, we are sometimes left to cut bait. But while cutting bait does not directly catch fish, it does prepare for it.

When Mars turned, the momentum stopped. The brakes had been pushed and the wheels screeched. Any further progress was slow and fitful. But then, after acclimating, I started cutting bait. Progress has been flowing once again and I know there’ll be plenty o’ days a sea very soon!

No two people are affected the exact same way by planetary motion, transits, and alignments. We each have a unique chart. If you’re revisiting things beyond your liking, go with it; it won’t last forever. Otherwise, find some bait to cut. Make preparations for the phase just ahead. Mercury turns forward on April 3rd, and Saturn makes it three on June 24.

By summer, we’ll be sails full. 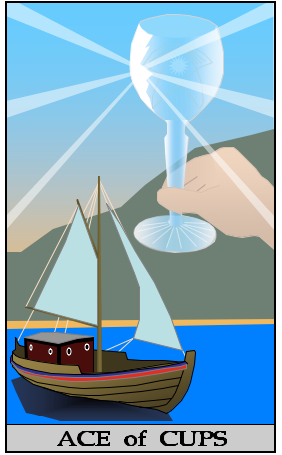 1 thought on “Fish or Cut Bait”