Astrology is all about angles. Whether reading charts or conjuring up horoscopes, an Astrologer cannot escape angles, numbers, geometry, and math. Thankfully, some things are easier to see than others.

The most obvious and conspicuous aspects are conjunctions. That’s because the planets in question pass right by each other. Since a chart is an approximation, we see two planets occupying the same degree of the same sign at the same time.

However, in the sky, conjunctions can look like a number of things. If you watched my video blog from last Sunday, then you saw a collection of them. After creating and posting that video, another example was brought to my attention. Now this in and of itself is good, but the end result is far more significant to me. Why? Because in one month’s time, the universe is treating us to EVERY type of conjunction that is possible!!!

In the real world, the planets are nowhere near each other. Vast distances lie in between any two objects. Even the distance between the Earth and the Moon is significant compared to the distances we travel. And because we live in three dimensions, conjunctions are really in appearance only. One object passes well in front of the other. When the angles are just right, we are privy to exact conjunctions.

Let’s look at all of the example that will occur between May 6th and June 6th. Rather than look at them in time order, I am going to chose something different.

This first picture shows the Jupiter–Sun conjunction due this weekend. For us in CDT, it will occur Sunday morning. As you can see, Jupiter will pass near the sun, but not exactly. This is the most common type of conjunction. 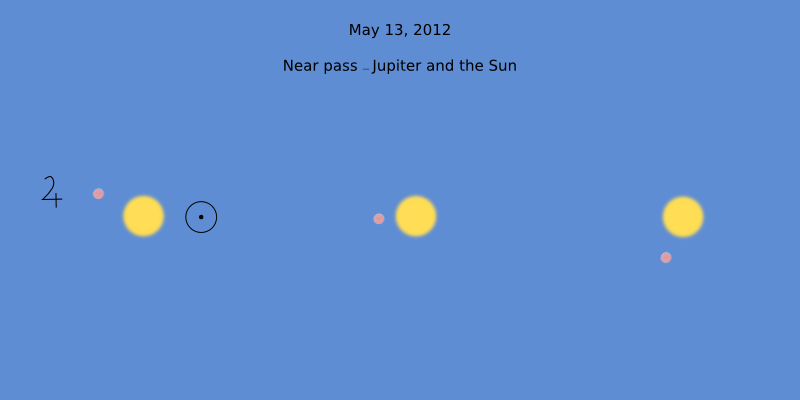 Next up is an eclipse. For us here on Earth, the only example is between the Moon and the Sun. That is because they are the same apparent size or nearly so. As I mentioned in the video, the Moon is slightly smaller this time around and thus we have an Annular Eclipse (meaning ring) rather than a Total Eclipse. 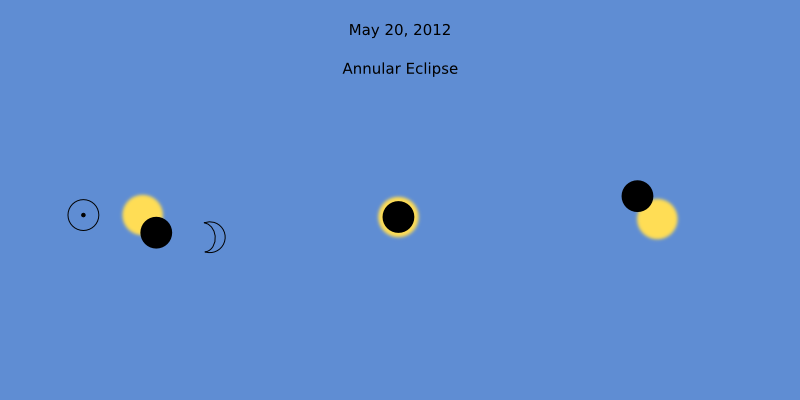 It may be rare to see a Eclipse because one has to be positioned right on the planet, but they do occur every year, so they are not that rare.

Next up is something that is not rare, but is also rarely noticed. It is called Occultation. Occultation simply means that a larger object passes in front of and hides a smaller one. The Moon occults stars all of the time. In fact, if you really think about it, the Moon is likely hiding stars behind it always – even if they are beyond what we can see anyway.

Well today, we have a special occultation and one in a cycle of them. The Moon, about an hour ago (@12:37 pm CDT), passed right in front of Pluto. Now we can’t see Pluto anyway, and this would only occur if you were looking from Antarctica, but it is special nonetheless. Since none of us were in the right place at the right time with the right equipment, I’ve drawn it for you here: 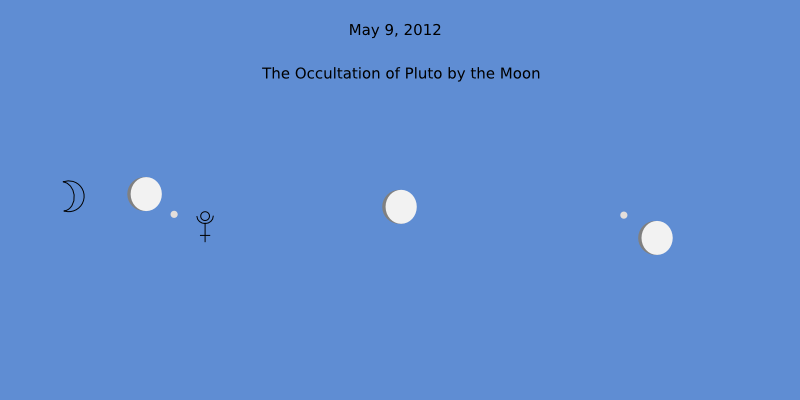 Last up is one that you’ve heard me talk about before – if you’ve watched my last two video blogs. In case you have seen the video, here’s a diagram of the up coming Venus Transit: 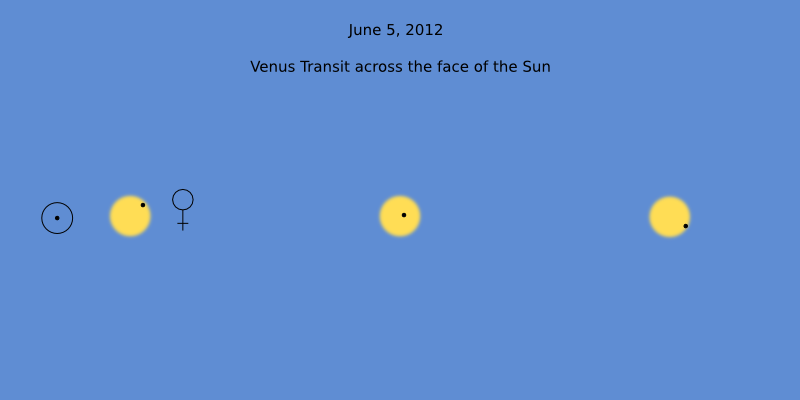 Venus Transits are clearly rare. The last one was in 2004, but the next one won’t happen until 2117.

For completeness, other objects transit the Sun and Moon all of the time: planes, satellites, birds, the International Space Station, etc. It all depends on the angles.

So there you have it, four ways that one object in our Solar System can pass by another, and all between the dates of May 9th and June 5th.

Thanks for tuning in!