The double Grand Trine in Water is still quite active. In fact, it doesn’t begin to fade until after the weekend.

So let’s for this article, focus on that axis. Scorpio – Taurus is a fixed axis; fixed water and fixed earth respectively. There is a lot of intensity here, but the kind that is not readily perceived on the outside.

Metaphysically, it takes tremendous tenacity to create physical matter. Energy is concentrated into tight, consistent vibrations…at all levels: protons, atoms, molecules, etc. So, while Taurus appears to be slow moving and stubborn, it is actually intensely focused on maintaining what is.

On the mundane level, this axis is all about “to have and to hold.” Scorpio wants to connect, feel, and relate. Taurus wants to keep everything that is beautiful and of value.

Getting back to the Grand Trines that are active now: in my experience, they have been great for flowing, processing, and getting things done.

Obstacles are like logs in the river, they must be moved out of the way, but the effort needed is not large.

If you stay on top of the waves, you can surf the current quite efficiently.

But we are human beings and flowing and journeying is not enough. We like reaching our goals; we like accomplishing. We like having and holding our dreams, desires, and loved ones. 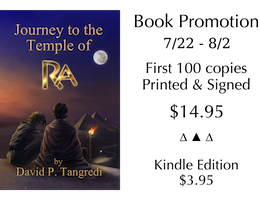 So, in this fortnight between the onset of the double Grand Trine (7/17) and the first Grand Sextile (7/29), I recommend working with water and earth, visualizing the physical manifestation of the emotional. Yes, you still have to stay on top of the emotional. Process so-called negative feelings. Push to reach, express, and maintain the positive. But when you do feel good, channel that feeling into the cells of your body, the molecules, and the atoms. Press your hands against physical matter.  Don’t just picture your dream, but feel it in your palms and fingertips.

It wouldn’t hurt to plan for a ritual celebration on the 29th even if nothing more than a brief time to recognize what is and what is coming.